Take to the skies in your Spitfire and battle against waves of enemy Messerschmitts over the fields of Kent. It’s intense fast and furious aerial combat!

Play either a dogfight against the enemy ME109s, a 50 plane Death Match, or defend your bombers while protecting your own bases from waves of the enemy’s bombers.

As you successfully complete missions you’ll be able to choose increasingly more capable models of Spitfires. 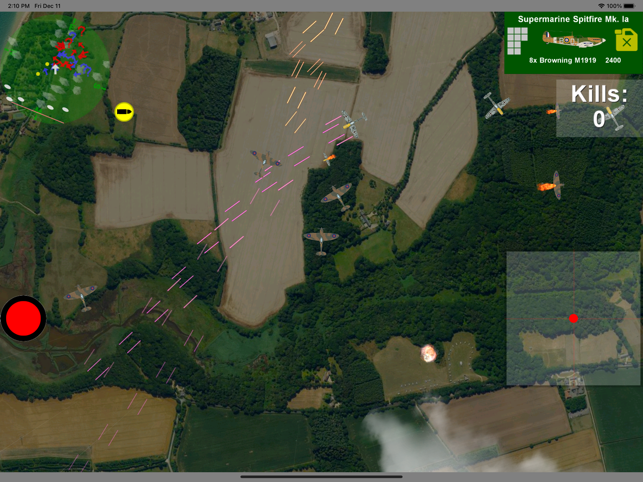 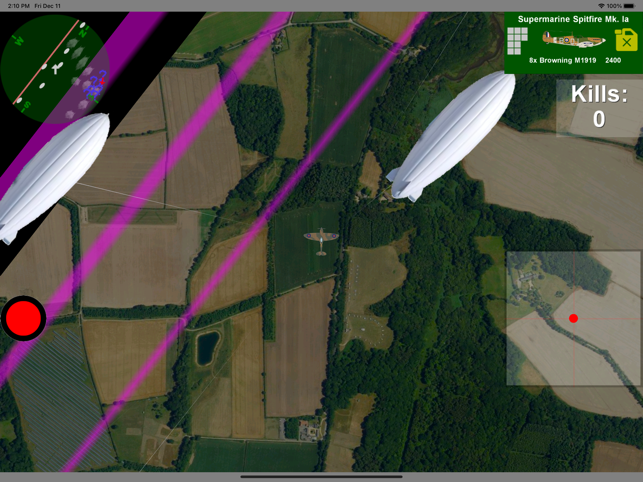 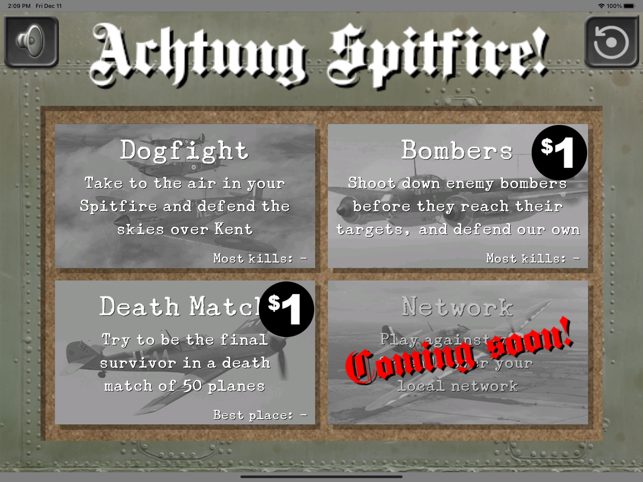 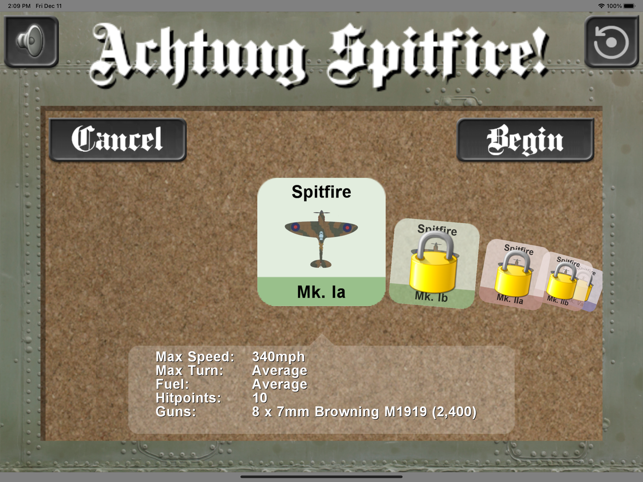