Put yourself in the drivers seat of a moon buggy and MASTER THE ROCKY SURFACES of a distant moon.

How far can you go? And what strategy do your prefer… blowing away every obstacle in front of you with your missile launcher, or simply jumping past them? Work on your strategies as you try to go as far as possible! Who knows what surprises lie ahead? 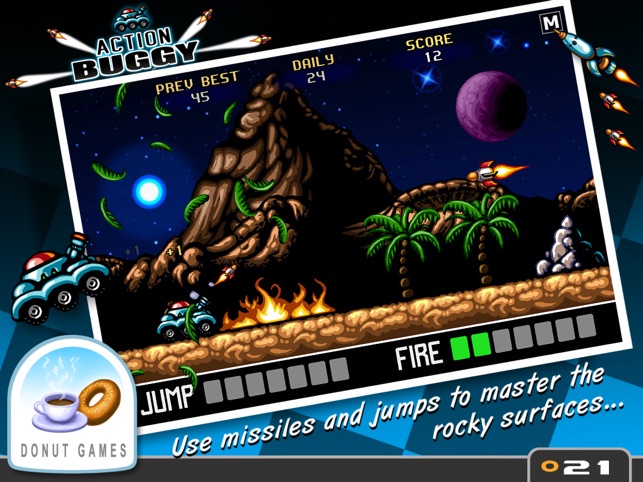 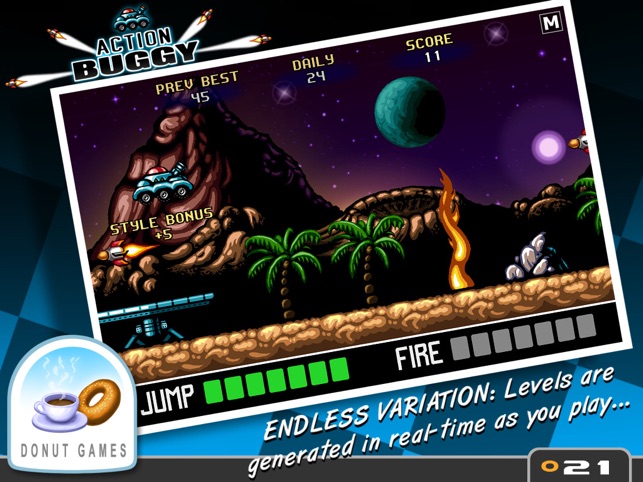 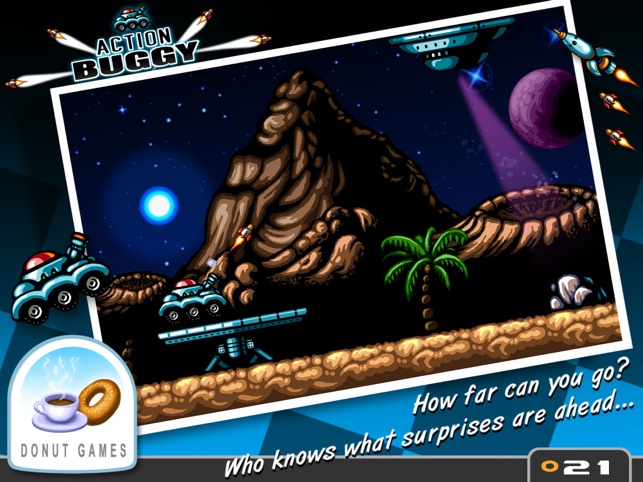 Tue Apr 27 , 2021
Game Action Driver, game for IOS Type IOS game Publisher Donut Games Install DESCRIPTION Take a spin on the chaotic roads in ACTION DRIVER for a real thrill ride. Collect cash, battle grenade-dropping gangsters in limos, and ZIG-ZAG DRIVE the busy roads. Just in it for the speed? Then you […]