It’s time to fight back alien invaders! Load your rifle, son, we’re going to the war!

Move from last line of defense to the first line of assault, and kill these chitin critters! You’re fighting not just to kill enemies, but to save mankind, so aim carefully and shoot accurately to not let alien creature leave battlefield alive! Get out alive from fierce battles against space “spiders” and destroy all aliens to protect the Earth from future invasion with this great game! Survive in this huge space battle being a real space soldier, upgrade your shooting skills and suffer no alien to live! Kill aliens, earn points to upgrade your weapon or to unlock new guns! Show them the anger of humanity – shoot, kill and destroy multilegged beasts without any doubts! Win this ultimate galactic battle to protect the mankind from extermination! Green chitin hordes of enemies approaching, but we’re waiting for them with our machine guns and plasma cannons! Defend Earth with Aliens Space Battle 3D – feed enemies with lead and plasma!

Be ready for massive alien invasion and complete all the missions to ensure the victory at this war! Lead the infantry forces and feel yourself like a real space marine! Kill more enemy creatures to earn points and buy or unlock new guns! Beware of massive attack – if our enemies can’t defeat us by tactical genius, they would overcome by number! But don’t be scared by this frightful horde – we’d build redoubts from their dead bodies! Love military & action games? This action shooter is made right for you!

– Thrilling 3D action game – massive hordes of enemies to fight and ultimate shooting experience
– Wide range of guns, armory and other military equipment
– Different missions to complete
– Great space war to exterminate or to be exterminated

Do you want to emerge into atmosphere of the dark future? Enjoy epic battles, use powerful guns, defeat army of chitin enemies and win the war! Try Aliens Space Battle 3D – great action game in 3D! Shoot, kill and destroy! 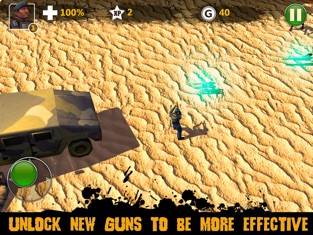 Sat Apr 16 , 2022
Game Alien Duck Jump – the unlimited hardest fantasy duck game ever, game for IOS Type IOS game Publisher Nuka Raju Guttula Install Description buck chuck duck… Hello everyone i am a Duck. but i am not from your world. i am an alien. you know i can jump.seriously my […]