Your mission is to patrol an asteroid field and make sure it's free from useless dirt rocks and aliens! Drag your finger to move the ship and tap to fire! If you tap faster, you will shoot two lasers instead of just one, but you won't be able to do this if you get damaged! You can also pilot the ship by tilting your iPhone/iPad.

Be careful with valuable golden asteroids and try not to destroy them either by shooting or collision! You can capture them with the tractor beam and earn credits.

Some asteroids have hidden UFOs. Once they appear, you need to target them and avoid incoming fire. They get slower as you hit them, but you need more hits as the game progresses.

There’s no main menu or splash screen. You tap and just jump right into action.

There’s no difficulty settings. It’s easy when you start and harder as you go.

There’s no ending or levels. That doesn’t mean you're invincible! 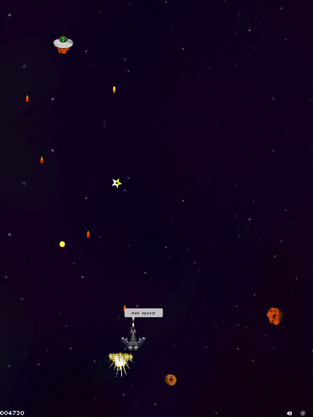 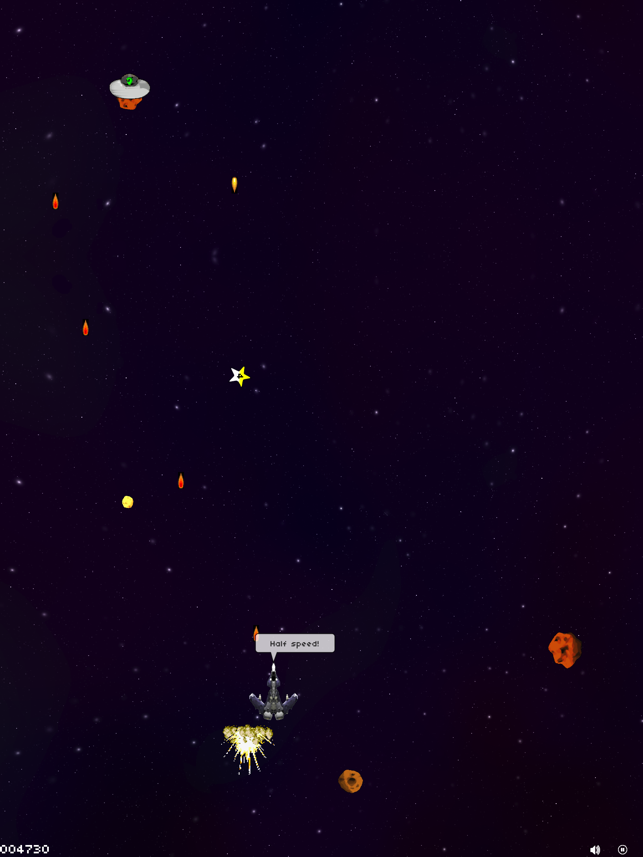 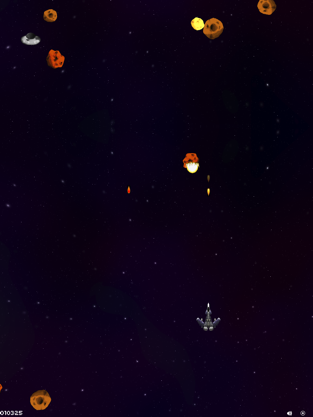 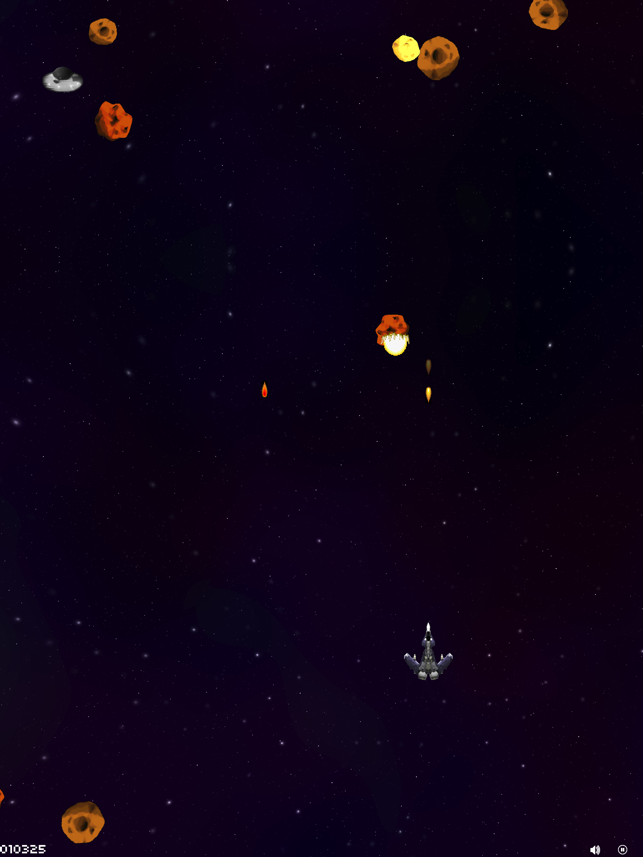 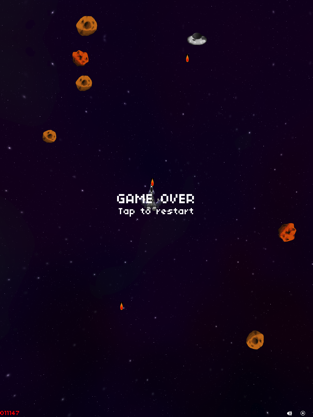 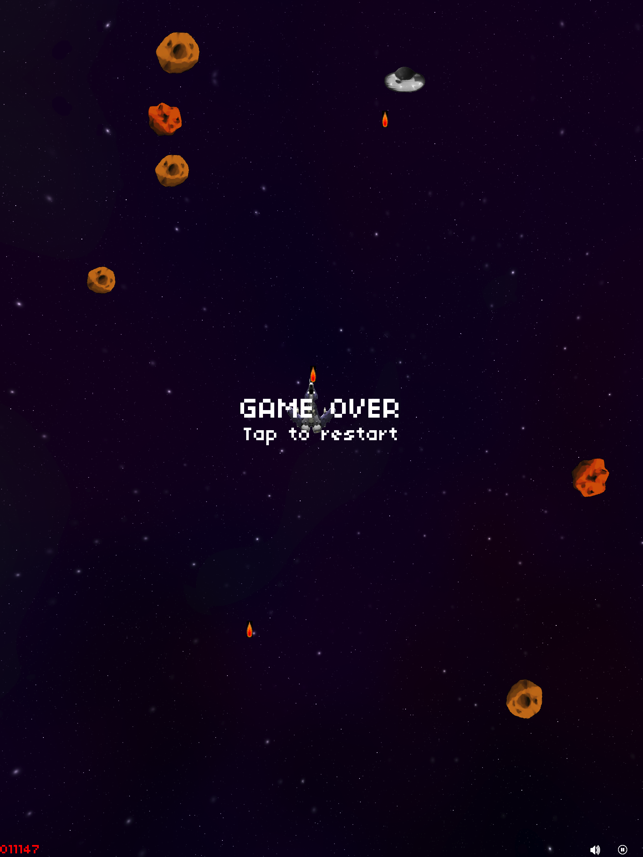