Arcade Jet Fighter action awaits you as you stop the most daring money heists imaginable while piloting one of 3 unique upgradeable Jet Fighter aircraft during 20 intense and highly cinematic action packed missions! • Arcade-Style Jet Fighter Combat experience, with sights, sounds and non-stop action that will take your breath away!
• Enjoy Simple and Intuitive Controls: tilt your iOS device left/right to steer your Jet Fighter around city obstacles while skillfully avoiding enemy missiles.
• Alternatively, for a casual ON-RAILS experience: forgo tilting and simply tap your enemies to engage the "Autopilot" while controlling your Afterburner and Weapons with a smooth 2-button interface.
• 20 action-oriented campaign missions (including 2 bonus Endless Gauntlet levels) offer over 4 hours of action-packed arcade-style Jet Fighter game play.
• RPG Style Progression System allows you to FREELY acquire, pilot and level-up 3 unique Jet Fighters while unlocking 18 different types of Afterburner and Weapon upgrades.
• Face more than 30 different types of enemies, including: modern jets, attack helicopters and GIGANTIC money-packed transport aircraft!
• Game Center support: with 7 Leaderboards and 18 elusive Achievements that demand an additional 10+ hours of game play.
• Optional In-App Purchases allow you to skip the RPG grind and instantly acquire any of the playable fighter jets. In addition, you can Restore your existing purchases to unlock content on multiple iOS devices.
• Over 30 minutes of memorable original music will dynamically accompany your Jet Fighter combat experience.
• Team up with friendly AI wingmen in the later stages of the game, and watch as your enemies fall before your elite Jet Fighter squadron.
• Adaptive AI and Randomized Enemies with Dynamic Difficulty: provide for a near endless replay value, as your opponents constantly change and adapt to your style of game play each time you engage a new or existing mission.

Steer your Jet Fighter manually by tilting your device left and right, or tap your enemies to engage the ON-RAILS "Autopilot". NOTE that you must be facing your enemies directly before pressing the right "Weapons/Fire" button. Holding the left "Afterburner" button will allow you to avoid enemy missiles as well as steer around various city hazards. Remember that the game's Dynamic On-Screen Tutorial System will always guide you on the right course of action, while prolonged use of the Weapons/Afterburner will cause a temporary overload. Also, note that your Jet Fighter is equipped with automatic repair systems which will activate shortly after you stop taking damage.

Completing missions, earning XP and leveling-up your jet-fighter to Level 5 will unlock new playable aircraft for FREE. You may also skip the RPG grind and instantly level-up via the use of optional In-App Purchases. Each In-App Purchase can also be Restored, thus allowing you to instantly unlock playable Jet Fighters on multiple iOS devices. 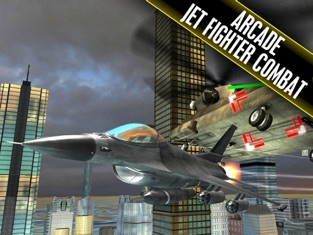 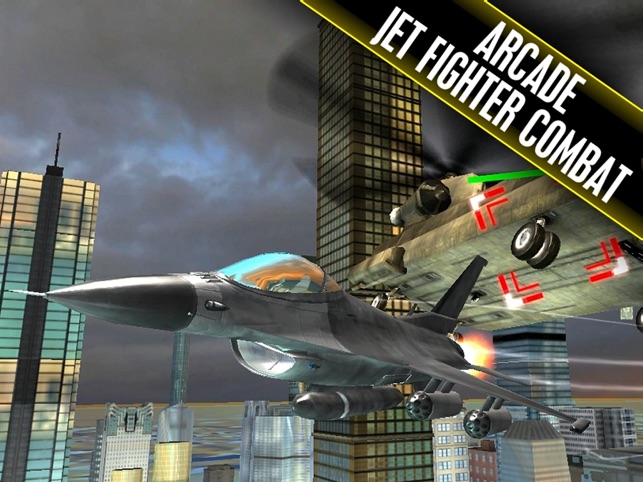 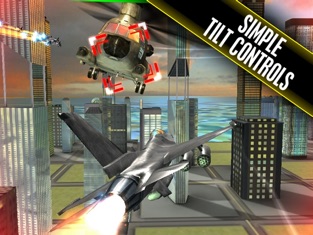 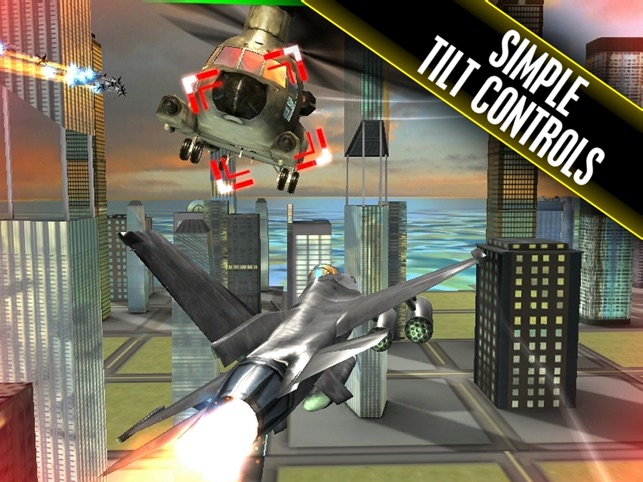 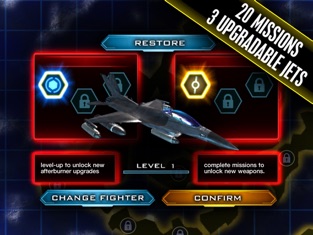 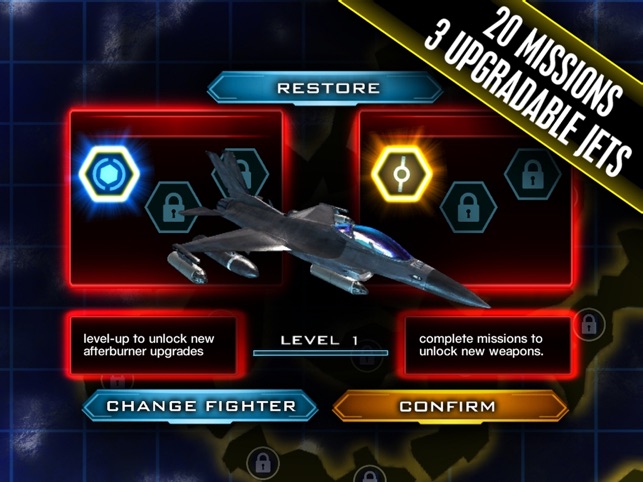 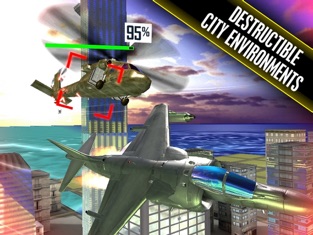 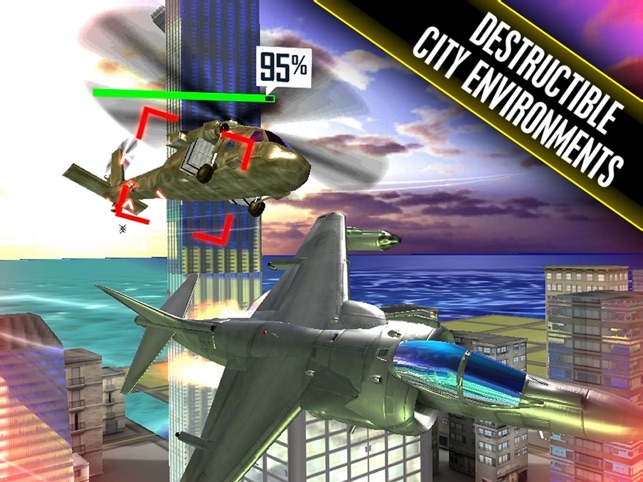 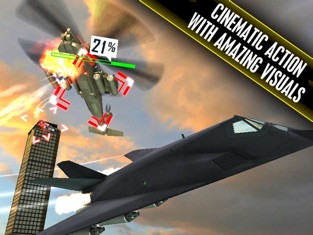 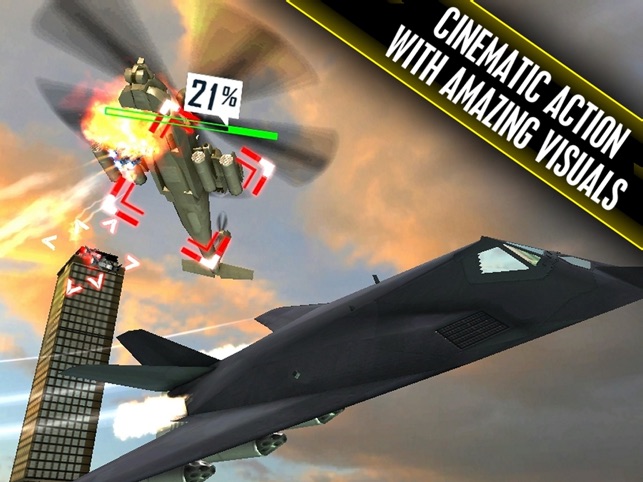