A very addictive and easy to use gunship helicopter game, which features touch based user interface.

Biggun Shoot Ilands is the most immersive and realistic 3D helicopter battle action game. Launch the attack on the most dangerous terrorists now! Become a helicopter pilot and engage in combat missions across the deadly ruined world.
Features 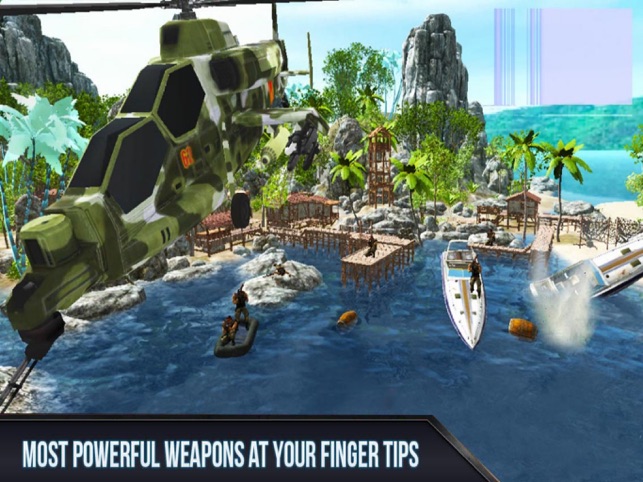