Riot Games is a very well-known game development company; besides MOBA games, they recently released Valorant to enter the FPS field. This game has just been released on the PC platform, and it will be a long time before it can appear on mobile platforms. If players want to experience the game on a mobile platform, they must find another similar game to replace the game. And the game that is considered to bring a similar experience to the player is Blockbusters: Online PvP Shooter. This game gives players a new graphic style and gameplay for players to experience. 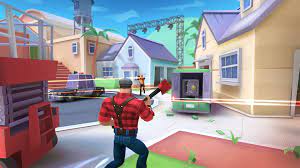 In other shooting games like PUBG or Call Of Duty, it will often bring dark and dark colors to feel the battlefield’s difficulty. But that is common sense, and this game is unusual; the game gives players a bright color for you to experience. If you have to compare, the game color’s design style and use are similar to that of Valorant or Fortnite to make the game closer to the player. Thus, the game has become popular with most players and is not too strict about the age limit.

The game is still using the 3D graphics format to create the most realistic gaming moments for players. But the game has a unique feature that it uses TPS style for gaming, not FPS. While doing this will make the player’s experience less realistic, it will be easier for you to play the game. The camera placement is also placed at the back of the character to quickly observe and fight the enemy.

MULTIPLE CHARACTERS FOR PLAYERS TO USE FOR BATTLES 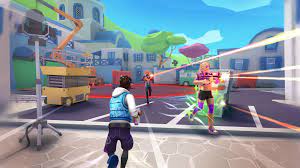 One of the game’s exciting features is that the game has many characters, and each character has its characteristics for you to choose from. Each character will have a different appearance and weapon to fight. Players can choose a character to use a Gatling gun to get a large amount of ammo and fight long. This character will have high HP and defense but will not have the agility to dodge attacks from enemies. If the player wants to have agility, you can choose the characters who use melee weapons to speed up movement. Characters using melee weapons can cause many dames and have high movement speed but do not have too much HP to ensure survival.

In addition to the difference in weapons, each character in the game also has different battle skills. These skills are what are used to cause a mutation in the process of fighting the enemy. If the player can use the skill well, then destroying the enemy and bringing advantage for himself is very simple. For example, the character using heavy weapons such as machine guns and Gatling guns can increase defense when using skills to rush into enemies and protect allies. As for characters using melee weapons, someone will have the ability to stealth for a short time to approach and finish off the enemy.

FIGHT WITH YOUR TEAMS On this dangerous battlefield, players will not be alone to deal with everything but will get help from teammates. Each match will take place between 12 people, and each team will have six members to face off against each other. Each member’s mission is the same, trying to kill as many opponents as possible and limit getting killed. This quest is straightforward, but it is also challenging; it depends on the player’s skill to win. If the player uses a good combination of all the factors such as the character’s skills, characteristics, and more, then wins. 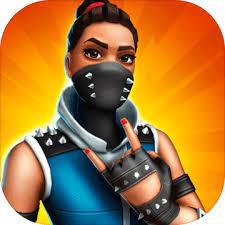 To win, players need to meet certain conditions to succeed. First of all, the player needs to know that the game lasts only five minutes, and when the time is up, then the game is over. There are two ways to win; players need to reach 30 kills before they end. There is also a second way that if not getting 30 kills, the team with more kills wins.

COMMUNITY AIR WAREHOUSE FOR PLAYERS TO USE 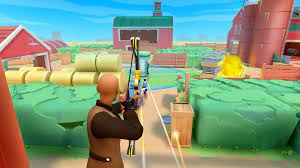 As previously known, each character in the game will own a unique weapon genre, and it is the default one and many. The player can use various weapons, and each will have a different strength stat and other effects. But players need to find the right weapon that their character has to be able to use it. If the type is not correct, the player will not be able to use it but can unlock the right character class to use.