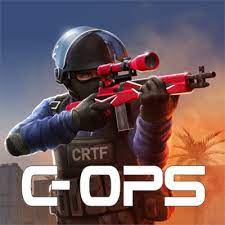 The background is familiar

This game still follows the path that many seniors have taken to bring players to the long battle of the terrorist and the anti-terrorist. The player must become one of the two to defeat the other. If you become an anti-terrorist faction, it is tasked to fight and prevent the terrorists from bombing important locations to win. If it’s the terrorist side, you need to activate the bomb to destroy the strategic locations and win. The men have also relied on this style to attract the players’ attention. 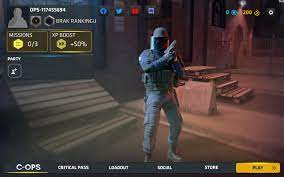 So this game part is not an exception, based on what is available to attract many players to the game. Although it is a familiar style, until now, this is still considered the standard of the FPS game series for players to experience. The battles that the game brings have never made the player feel boring, so it’s no wonder that the game is very successful.

The game’s graphics are built-in 3D, similar to HalfLife when they all share the same graphics format. This is not the only thing that makes this game great, but the exciting thing is the refinement of the image. The images in the game are very sophisticated; all are built and refined to bring the best experience to the player. The more realistic the game becomes, the more is the first-person perspective of the game; this perspective will make the player utterly independent of the character to play the game. Every character, weapon, armor, and everything else is perfect and nothing to criticize. The context of the battles in the game is also straightforward, all of which take place only in two beautiful cities, Amsterdam and Barcelona. Although there are only two cities, the experience it brings is much better than other games with many other toy maps. Everything that is put into the game is perfect and receives a very high rating from the players. This game still retains the typical game mode of this series, which is Defuse mode and Deathmatch mode for players to choose. Each mode has its characteristics to diversify the player’s experience. So when coming to the game, players will continuously experience unique things thanks to the ability to change game modes continually. In Defuse mode, players will be divided into two teams: terrorism and anti-terrorism, terrorists have the task of placing bombs to destroy, and anti-terrorism will have the task of defusing bombs. That is the main task of both teams, and the side that completes the quest first wins the match. There are no bombs or anything; this is when individual skills and teammates are combined to win. The task of this game mode is straightforward that the team that kills all the enemies first will win. This is very simple, but not everyone can do it; not only need to have good personal skills but also have to know how to cooperate with teammates to support each other. The element that makes the brand of FPS games is a vast arsenal of guns with lots of guns for players to choose from. The game will provide players with an incredibly massive weapon system ready to serve the needs of players. From pistols, knives, to assault rifles, machine guns, and snipers, it’s all in the game to fight. Before the game starts, players will have the right to choose a weapon when they are ready for battle. Players choose the weapon they like and are prepared to win.