Do you often watch movies that are inspired by aliens? This is a fairly sensitive subject, so it has never been properly disclosed. So far, when I was sitting in a small coffee shop and this type of article sent to the readers, there is not a “scholar” who asserts that aliens are real. This is also the reason that this topic is so attractive. Not only movies but mobile games have emerged as aliens. Mercs of Boom is a game produced by Game Insight and features quite similar XCom series. Game Insight is a well-known gaming company based in Canada. They have enlisted their gamers in products such as Survival Arena, and their most successful game, Guns of Boom. One of the great benefits of the Insight game is that it’s fun, straightforward, and with a great graphics platform. Of course, all this is maintained by the company for their newest spirit product, the Mercs of Boom 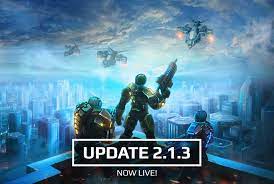 Currently, diamond is the most expensive resource on earth. But this game is set in the future in 2040, There is a resource called Advinite found on Earth. And almost everyone was guessed the next event, is not it? With its terrible value, Advinite has created conflicts and wars around the world, killing people to gain this precious thing. However, the worst is not so. The long-distance rays from Advinite accidentally sweep through the whole of the Earth, turning ordinary creatures into evil beasts that are no different to aliens. The next 42 years are the darkest days of humanity. Inspired by the XCOM series, Mercs of Boom’s storyline, character design and turn-based strategy gameplay are similar. When you start participating in the game, the player will be taken to a battlefield. This square consists of different coloured squares. Whenever you move or use a skill that consumes energy, you need to calculate it correctly in your turn. That said, this is a turn-based shooter game. Of course, the game will offer a lot of unexpected elements to challenge the players. You may be unlucky, or the monsters will appear more and more … Even the squares you are standing in suddenly appear unexpected hazards that you did not expect. The strategy in the Mercs of Boom game is extremely diverse, because of the randomness in the game that players will feel unfair. But rest assured, all other players are like that. Also, when winning a game, all your troops can advance level. You can also use the money you have to unlock new abilities as well as customize armour 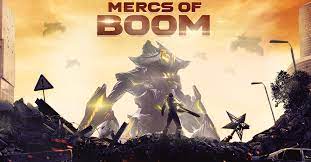 The graphics of the game are very beautiful. The publisher has designed a colorful space with unlimited creativity. Besides, it also complimented the modeling of soldiers, monsters, or armor – weapons, all of which showed the detailed, beautiful lines of 3D technology surpassed the common ground of the very Many mobile games today. Besides the cut scenes are a very big investment. Maybe this beautiful video makes the game up to 5GB.

MOD: Use bullets, action points do not decrease

Tue Mar 23 , 2021
Game F1 Mobile Racing Publisher Codemasters Genre Racing Size 800M Latest Version 2.5.15 Get it On Update December 19, 2020 (3 months ago) Codemasters is a trendy name for those who love fast-paced racing games such as Arcade, Dirt, Grid or Onrush. These superstars have received high ratings from fans […]