Coming to the game Shadow of Death 2, players will continue to embark on the journey of Maximus – a knight awakened after a long time immersed in the fantasy world. It may be a good thing for many people, but things don’t get any better when he wakes up in a place surrounded by darkness. Not only that, all memories of Maximus vanish, from here, he has to wander and seek the truth. And like a miracle, this knight was the savior of that world. From now on, you and Maximus will bring light and peace to the land of Aurora, and save the people he once loved being locked up by the legendary Leviathan dragon. Are you ready for the return of Maximus? Do you have the courage and the skills to embark on endless battles with monsters? Indeed, only you can ultimately defeat the dark forces. 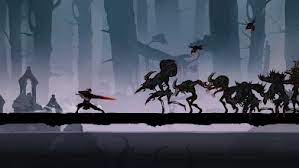 A game that focuses on action and fighting gameplay, it is impossible to lack rationality in the layout of virtual keys. Shadow of Death 2 can be said to be one of the games with virtual keys placed in extremely reasonable positions. The game has satisfied gamers by traditional design extremely familiar but also somewhat new. On the battle screen, the most prominent display is the scroll key located on the left half of the screen. Next, in the right corner is where you use the keys. The attack key will be placed in the middle, surrounded by 4 smaller skills buttons including jump, dash, slash buttons (a sword strike is launched from the top of the enemy and hits the ground); next is the swing button (this is the technique of using a sword to swing a slash in the opposite direction to that of gravity); and finally the grip (this will be the button you use to strangle and neutralize enemies, though not causing much damage but quite useful).

Perhaps some players will wonder, why not use the tactics already available? The answer lies in the Combo system hidden behind the button combination you use. Instead of using 3-4 skills buttons like other games, the game will force you to learn and memorize combos to diversify the amount of damage done. It can be affirmed that the change in fighting style is a plus point for gamers who want to find an exciting game with complicated controls. In addition, gamers are also equipped with MP recovery to increase the tempo in the battle. 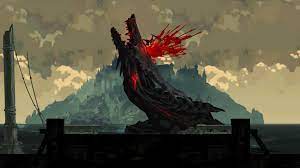 After learning how to use primary attack keys, the next stage is definitely taking part in the battle with monsters. It is not difficult to understand when the game is equipped with a monster system that is not only strong but also extremely rich. Entering the game, you will join the journey through the ruined and ruined Aurora land. With over six maps of the dark areas, you will face many Bosses species that seem to exist only in legends such as Giant Snake, Electric Jellyfish, Dragon, … Besides, another outstanding feature that allows you to customize the character’s appearance with many different skins and weapons. 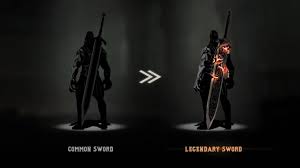 Initially, Maximus only used standard weapons, so monsters that were too strong would be an impossible task. Legendary weapons will definitely be stronger than Common weapons, so upgrading weapons for knights is a prerequisite. And finally, Shadow of Death 2 is designed for offline play, so gamers can comfortably play games anytime, anywhere without an internet connection. On the other hand, the game also supports online play. It will be great to interact and compete with other opponents in online PvP matches. This will be the place where gamers are shown and fighting with all their abilities. Although Shadow of Death 2 is not really as brilliant as other action games, the game still attracts players with beautiful combos. Because it does not have to invest in 3D graphics, so the game shown very well in the details of the attack, the flexibility of the character is also highly appreciated by gamers. In addition, the monster drawings are also shown in detail and care. The director is quite dark, feels cold, and much cooler than what you expect. Compared to the game “Shadow Fight”, this game still has many unique features, all with a heroic beauty great and attractive in the eyes of the player.