Be the action hero in this stylish COMIC STRIP adventure!

Feel the adrenaline pumping as you run from wagon to wagon on top of a speeding train, stopping the GANGSTERS from taking over the city. Put your reflexes to the test and avoid flying glass bottles, dynamite sticks, boxes and other dangers that come whizzing through the air!

Do you have what it takes to become an ACTION HERO? 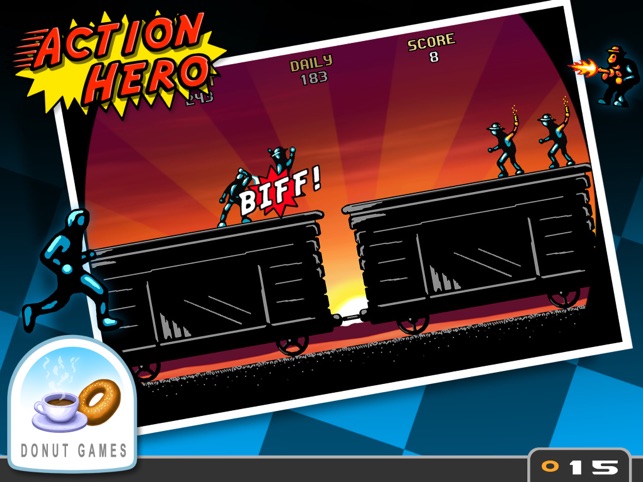 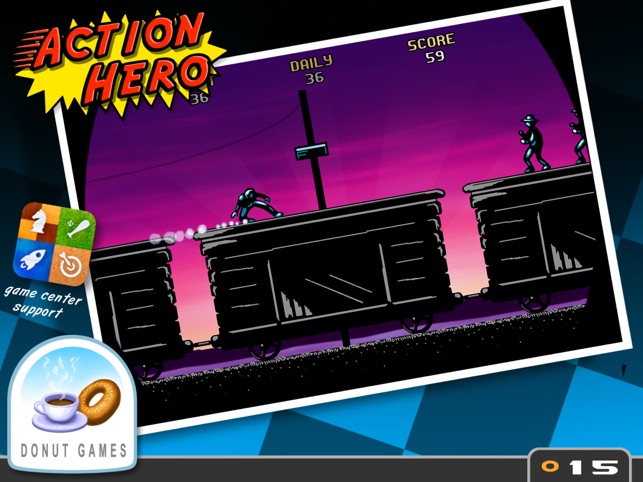 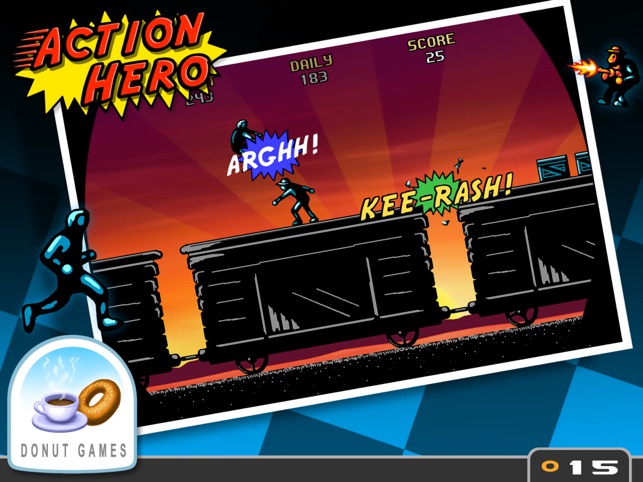