Defend your castle with your archery skills. You can use four different powers in this game. Update your powers and castle to stay longer in game. Compete on leaderboard.

Your kingdom is being attacked by enemies. They are given the task to kill your king. Your king is hidden inside the castle and your task is to protect this castle by killing all the enemies.
You have to be a pro in archery to master in this game. All you have given is a bow and arrow along with four powers to defend the castle
Just nock, loose & kill as many enemies as possible, its that simple. As the game progresses enemies start rushing towards the castle aggressively and that's the time you need to show your skills
Archery pro brings you one the best experience of a bow and arrow game, you would definitely enjoy the way you are killing the attacking enemies. It's an experience that you will want to repeat on and on. Make sure you are above everyone else on the leaderboard. It is an endless game which will get more and more difficult and enjoyable as you make the little enemies angry.

You have given four powers

1. Burn Them- Use flame power to bring fire on your arrow. Then aim your arrow at any of the three torches and shoot it. If you hit the torch, then it will get ignited and start burning. All assassins colliding to this torch will get killed as long as torch is burning

2. Kill them- Use arrow power to shoot 3 arrows from behind the tower, it will kill all the assassins on the screen in one shot

3. Repair tower – Use this power to repair your tower by 1 HP

4. Call defender – This power will invoke one knight, this knight will kill all enemies in his lane till he vanishes.

You can upgrade all your powers from updates section of game.

HOW TO PLAY?
It's very simple to play archery pro game. Pull the string of bow by dragging it behind with your finger. Hold the string and move the bow in 360 degrees to aim your target. Once you set your aim, release your finger and let the arrow do the rest

So download and enjoy the Archery pro – Defend Castle now, its free! 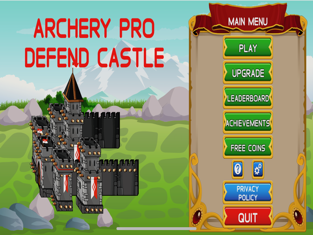 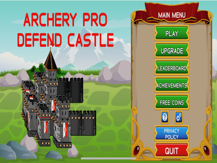 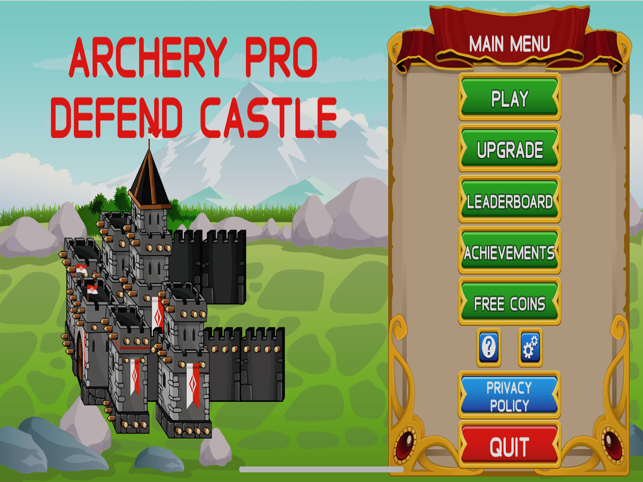