Blockhead Survival is an 3D survival game. Try to eliminate the zombies before they eliminate you! Every upcomming wave will be a lot harder to survive. There will be more zombies each wave, and they are getting faster. Earn coins during the game to buy better characters. They will come in handy to survive longer, and reach a better highscore!

When you start the game for the first time, the game connects your device with your App Store account. This is just for saving your highscore and achievements. Otherwise it can not remember any of your progress. Once it's connected, The game asks if you want personalised or non-personalised advertisements (not for PRO version users). When you press the start button, a short guidance about the zombies will come up. You can choose your character afterwards and start the game. Follow the instructions for an optimal gameplay.

This survival game has 14 different characters to play with. Buy 13 characters with the coins you earn. A more skilled character will cost more then the regular one. Fight a few battles to unlock new and better characters. Every character has its own amount of damage per weapon.

Zombies will spawn on several locations on the map, and they will search for you. Try to defeat them before they defeat you! There are three different kinds of zombies:

– Normal zombie: 100 hit points and will be faster each wave. Does 10 damage per second

– Suicide zombie: 5 hit points and will destroy itself as he is near you. Does 100 damage (even waves, except Boss waves)

– Boss zombie: 1125 hit points, and will be getting half more hit points after each 5 waves . Does 50 damage per second.

All zombies become faster after each wave.

Each next wave will be a lot harder to survive. You have to take care of your ammunition, stealth and hitpoints.

Try to score as high as you can!

There are 3 different kinds of refillers:

– Stamina: Be aware of your stamina. It will drain when you are running. If you are walking slowly or standing still, your stamina will slowly refill. To help you every wave there will be a stamina object (shown on the minimap). If you pick them up, your stamina will be refilled to 100%.

There are 5 types of weapons :

Log in with your App Store account to record your highscores. Ranks are seen in the Leaderboards tab, in the game menu. See if your highscore fits the top of the Week, Month or All time. Switch from global to social to match your score with your friends. Challenge with them, or try to become the best survivor! Achievements are rewarded throughout the game. They can be seen in the Achievents tab (left top corner). There are 40 achievements. 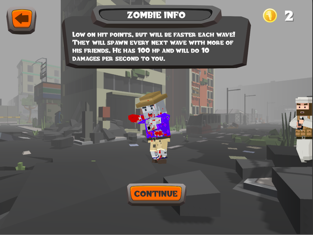 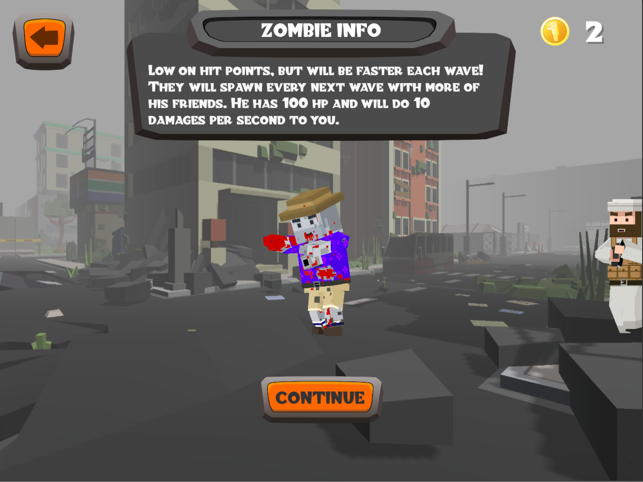 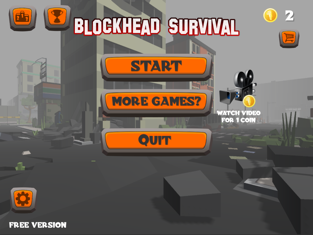 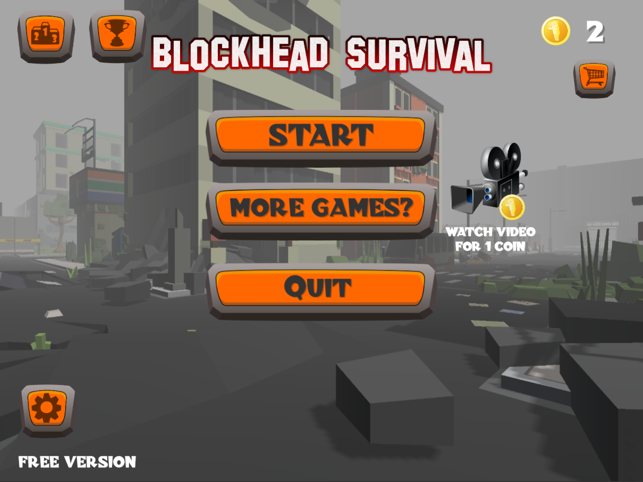