Blocky Bot Shooter is a twin stick shoot ’em up game that will challenge your fighting skills as you battle through endless swarm of rogue mechs, producing one of the best top-down shooting game with nonstop gun action and endless shooting adventures! Join this offline shooting game and plunge into the craziest atmosphere of cyber mayhem.

Be the ultimate droid in this offline arcade shooter, as you fight for survival on the cyber arena infested with rogue agents of machine. Take control of your droid in this twin stick shooter as you run, dodge and shoot the rogue mechs to evolve into ultimate warrior.

Do you like endless gun shooting? Addicted to run and shoot ’em up style gameplay? Then you’ll LOVE Blocky Bot Shooter: Outlast!

Blocky Bot Shooter is a 3D top-down shooting game with an ARCADE style Shoot ‘Em Up. Feel the adrenaline as you run and gun down hundreds of rogue mechs causing mayhem in this endless top-down shooter.

Overcome all the challenges as you explore cyber arena, dodging hail of bullets from rogue agents of machine while you shoot ’em up with your powerful droid plasma burst weapons in this offline game, one of the best shooting games.

Feel the thrill as you blast through swarms of rogue machines in this awesome 3D top-down shooter on cyber arena! 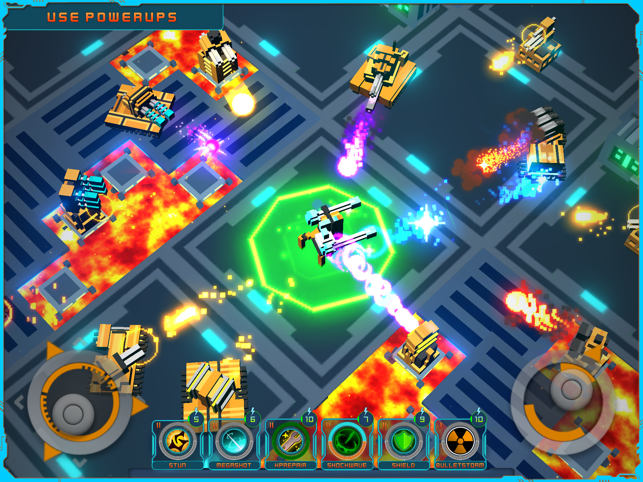 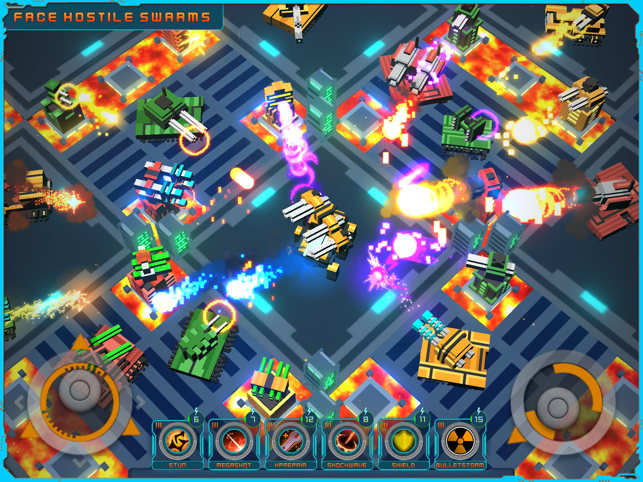 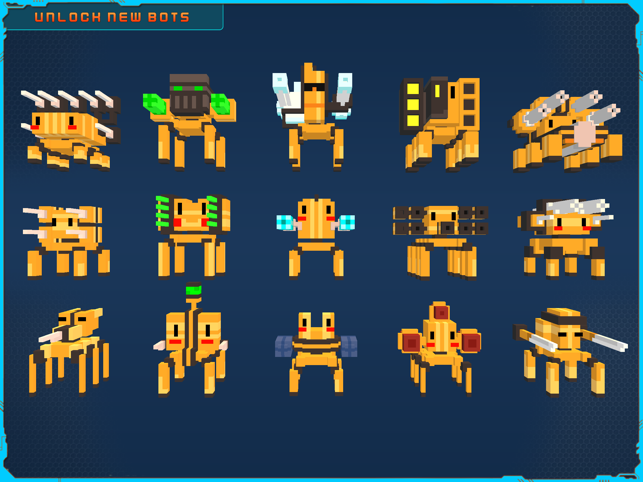