[Story]
The bomb boy is framed for terrible crimes by a bad guy. After being accused of robbing a bank, bomb boy is thrown in jail. His mission is to escape his prison cell and bring the bad guy to justice.

[Game Play]
Gameplay involves strategically placing down bombs, which explode in multiple directions after a certain amount of time, in order to destroy obstacles and kill enemies. The player can pick up various power-ups, giving them benefits such as larger explosions or the ability to place more bombs down at a time. The player is killed if they touch an enemy or get caught up in a bomb’s explosion, requiring players to be cautious of their own bomb placement. The player needs to kill all enemies, find the escape door, and enter to complete the level. After the escape door appears, if the door touches the bomb’s explosion, four additional enemies will appear each time. [Controls]
Bomb Button: Drop Bombs
Detonator Button: Detonate Bombs(when you have a Detonator)
Joystick/D-Pad: Move Bomb Boy
*You can select D-Pad or Joystick and adjust the size in the setting screen

[Power-ups]
Flame: Increases the width of your bomb’s explosions.
Detonator: Bombs will explode only when you press the Detonator button.
Bomb Increaser: Increases the number of bombs you can have on screen by one.
Key: Makes your next area a Bonus Stage.
Bomb Boy: Gives Bomb Boy an extra life.
? Mark: Gives you 8000 points or makes Bomb Boy invincible for 15 seconds.
Skate: Makes Bomb Boy move faster.
Shield: Makes Bomb Boy invulnerable to bomb blasts and enemies for 15 seconds.
Brick Walkthrough: Allows Bomb Boy to move through bricks.
Bomb Walkthrough: Allows Bomb Boy to walk through bombs.

Blue Worm: Looks like a bouncing blob. They’re not that fast, move straight and turn occasionally. They move through bricks.

Green Squid: They are not that fast, move straight and turn occasionally.

White Ghost: Looks like a ghost. They move slowly and very sporadically. They can move through bricks and teleport from time to time to time.

Orange Bear: Looks like a mask with white triangles on each side. They’re not that fast, move straight and turn occasionally. They will follow you if you get too close.

Blue Pterosaur: Looks like a little flying dragon. They move slowly and always follow you. They can move through bricks.

Orange Coin: Looks like a spinning coin. They move kind of fast, straight and turn occasionally.

Orange Fox: Looks like a bouncing ball with hair. They move slow and straight, turning occasionally.

Green Mop: Looks like a mop. They’re not too fast, move straight and turn occasionally.

Green Frog: Looks like a deranged frog. They move slow and sporadically.

Blue Circle: Looks like a circle. They’re not that fast and move sporadically. They can move through bricks.

Green Jaw: Looks like fake teeth and jaw. They move fast and straight, turning occasionally. Will follow you if you get too close.

Blue Mountain: Looks like a rounded mountain peek. They move fast and sporadically.

Green Bomb Frog: Looks like a frog. They move kind of fast, straight and turn occasionally. They turns into bombs and explode periodically.

White Mask: Looks like a ghost with a green mask over its eyes. They move slowly and sporadically. Speeds up and chases you if you get too close. 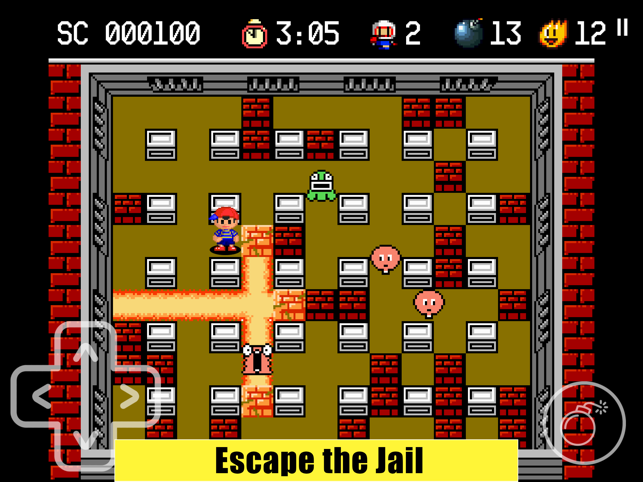 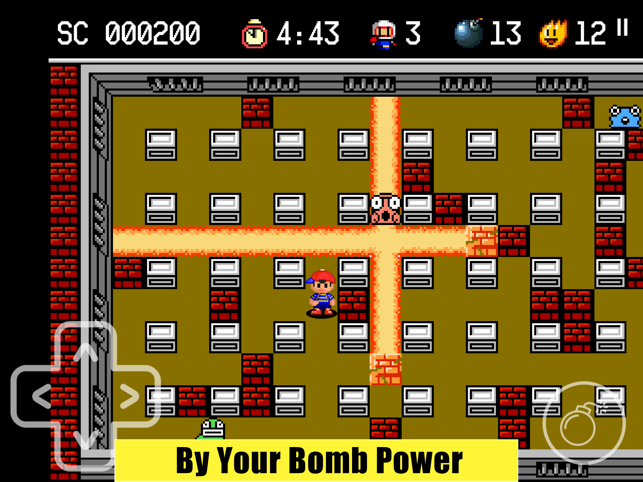 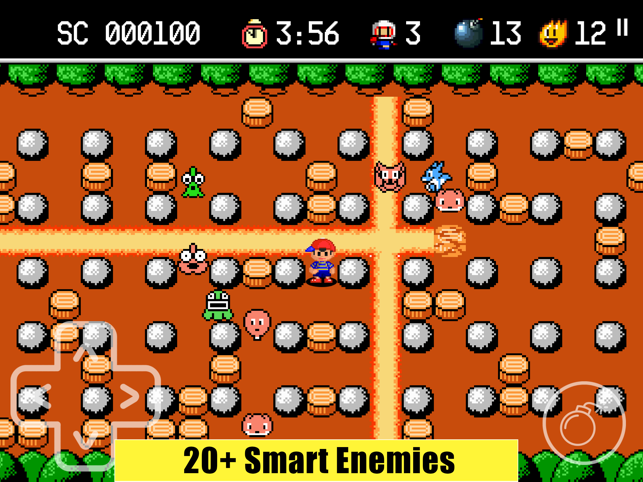 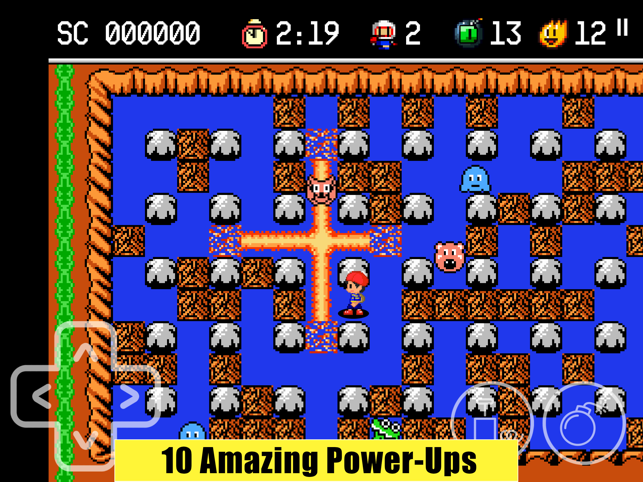 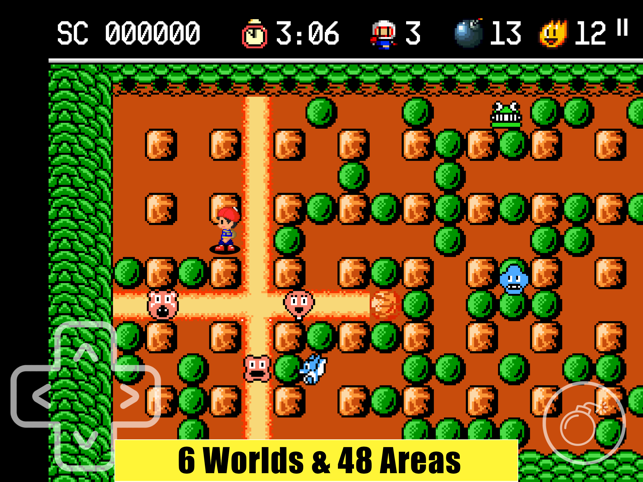 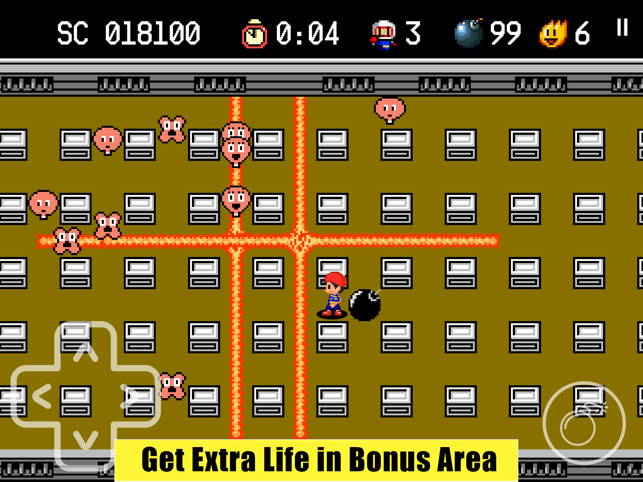 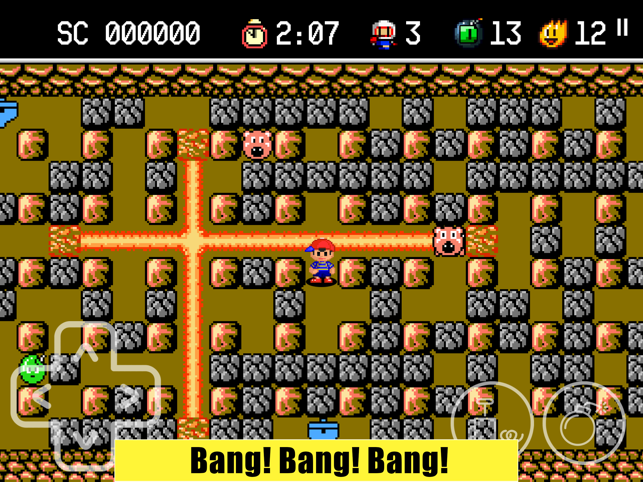 Wed May 5 , 2021
Game Bomb Boy Adventure, game for IOS Type IOS game Publisher ZIROTEK Corp. Install DESCRIPTION [Story] The bomb boy is framed for terrible crimes by a bad guy. After being accused of robbing a bank, bomb boy is thrown in jail. His mission is to escape his prison cell and […]