Bombardment – the action-full realtime battleship game for 1-2 players on the same device. Control mighty battle ship turrets and try to defeat the other captian. You have to sink the oponens battleship by bombing it with rockets and missiles. Both players play on the same device against each other. If there is just one player this player could play against a computer controlled enemy.

Gameplay and controls:
On a playround two oponens face each others battleships. Each battleship has four turrets. At the beginning these canons are normal canons, but can be specialized and upgraded during the game. The turrets swing on a 90 degrees angle by themselves. The player can fire a canon by touching it. A fired canon needs to cool down for three seconds (greyed out). To hit the enemys battleship the player has to time the touching to lunch missiles to the right direction. Rockets can be catched and stopped by other rockets. If two rockets collide that player gets some gamecash the side the collision happened on. Players can buy turret upgrades from this gamecash every 60seconds (end of playround) on a special upgrade menu. If a player brings the lifebar of the enemy to zero the battleship explodes and the player wins. Upgrades:
Each normal canon can be upgraded to one of four special turret systems. Once chosen these upgrades can't be removed or downgraded. Specialized canons can be upgraded two times to a higher level within their kind.

HEAT: The heat canon is a pure defence weapon that can't damage the enemys battleship. Instead of rockets this turret sends out a special heat wave that can destroy multiple missiles.

MINI: The mini-gun canon lunches normal rockets but has a lowered cool down time. This makes it possible to cause a real rainshower of bombs on the highest upgrade level.

STUN: The stun canon fires eletric bolts instead of missiles. These can't damage the enemys battleship but can disable enemy turrets for a while instead.

CLUST: The cluster canon lunches special rockets that split up on their way to multiple normal missiles and causing therefor a lot of damage.

TORPEDO: The torpedo canon fires torpedos that go under water. They can't be stopped or bounced.

BOUNCE: The bounce canon fires a shockwave that bounces back all normal missiles.

—
Made in Berlin, Germany 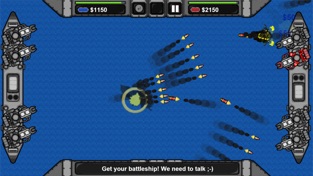 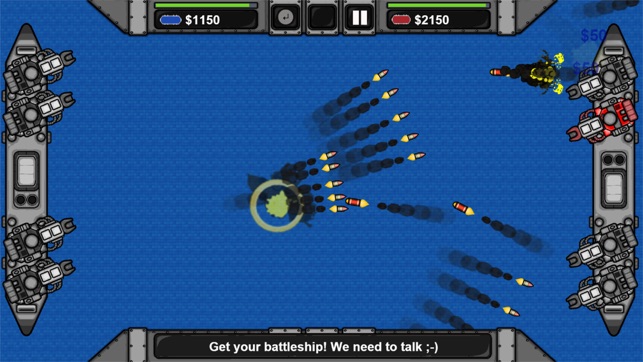 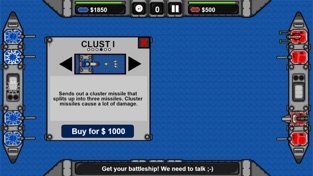 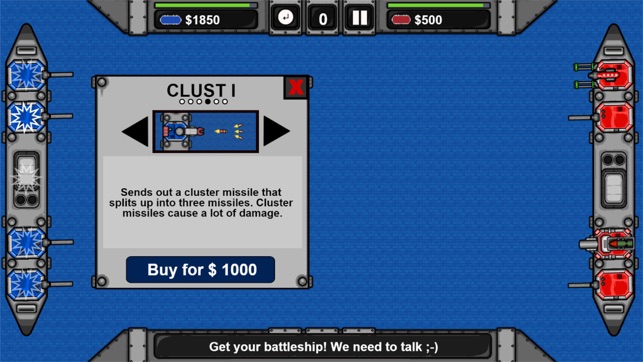 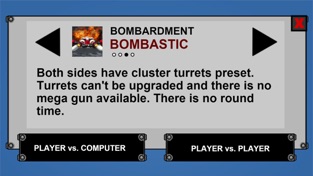 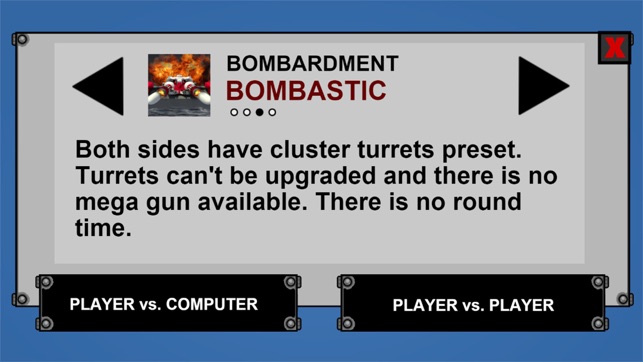 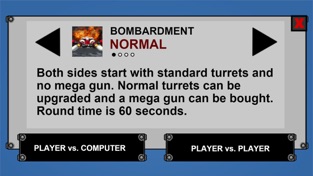 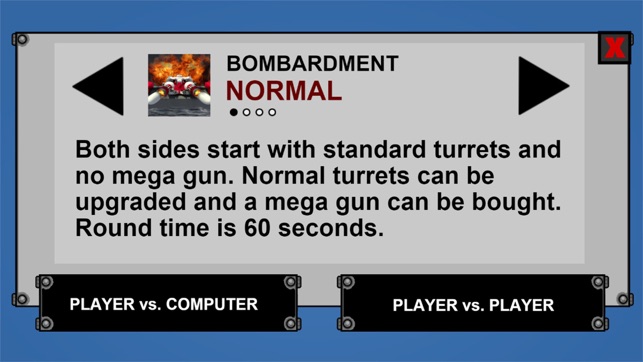 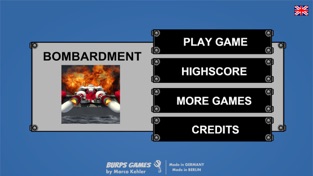 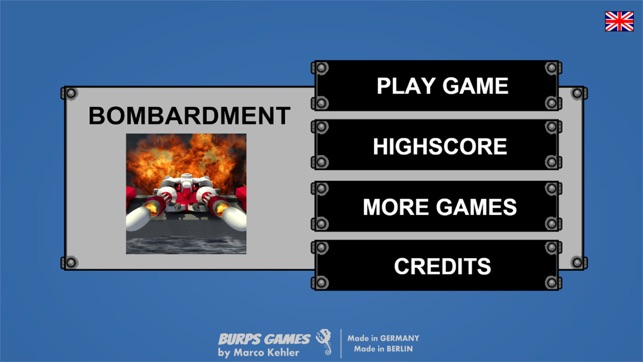