The goal of the game “Bomber Zone HD” is destruction of ground objects using bombs and Bomber’s gun. There are several types of ground-based anti-aircraft systems that the Bomber has to destroy. These anti-aircraft systems fire missiles and shells to the Bomber in attempts to shoot it down from the sky. There are also many airships that can collide with the Bomber. Unique game situations and challenging scenes with a variety of combatants makes playing the game a truly enjoyable experience.

Many types of ground-based objects and Anti-Aircraft systems in the game.
Realistic explosions.
Moving airships as passive airborne Bomber threat.
Gun and bombs as Bomber weapons.
Realistic game sounds with volume control.
Game pause/resume.
Unlimited number of game levels.
Increase of game difficulty for each next level.
UNIQUE AND NON-REPEATING, RANDOM-GENERATED LANDSCAPE WITH RANDOMLY PLACED GROUND OBJECTS.
Auto-Save and Auto-Restore (game can be closed anytime and next time the game starts it automatically restores state of play where it was interrupted).
High Scores Database. 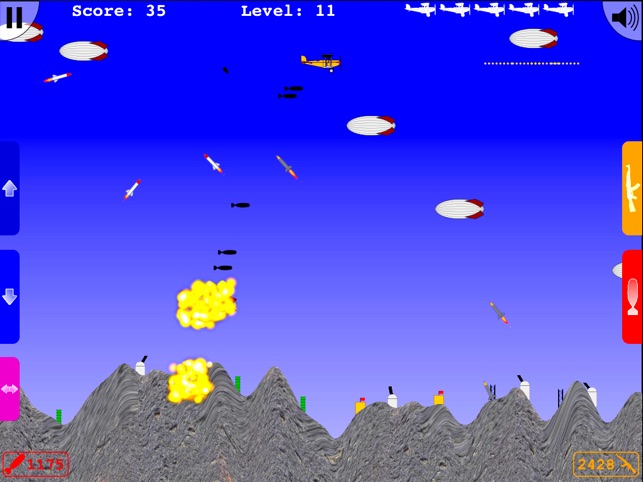 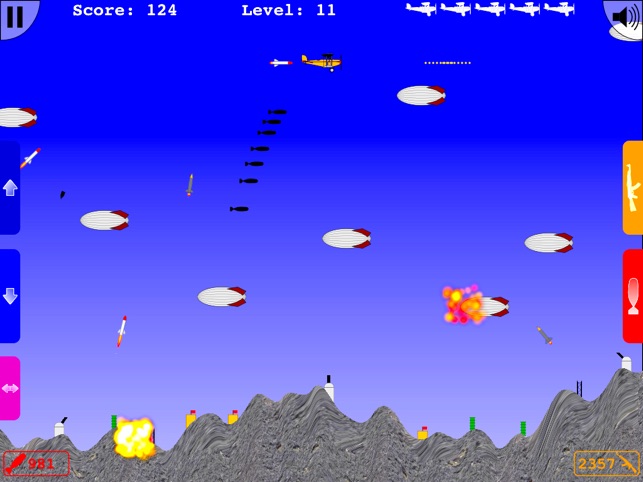 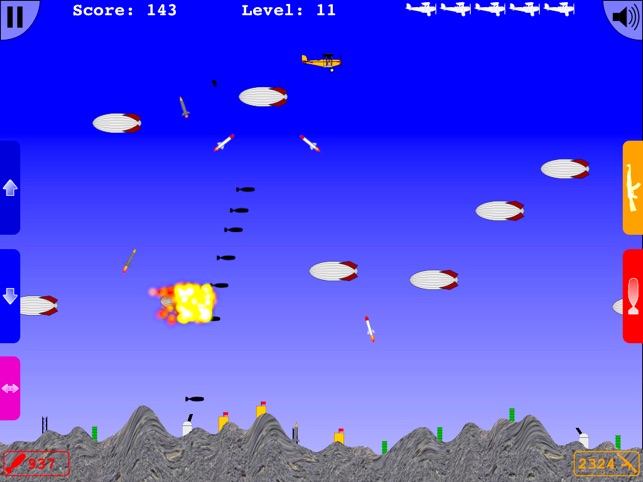 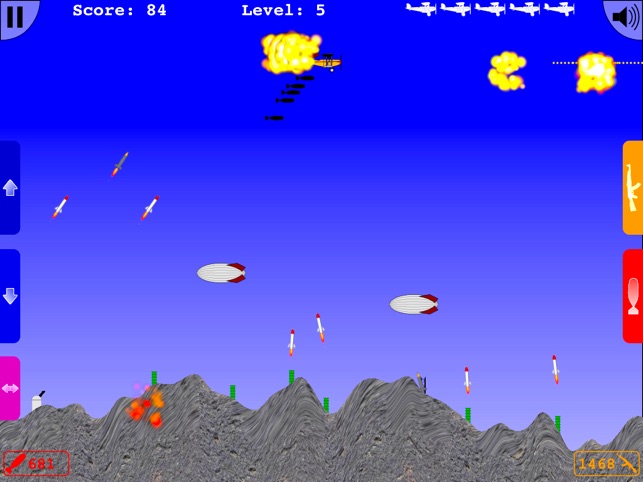