The clip captures the moment a large python clings to the outside of a car running on a highway, causing many onlookers to shudder and think of the image in the horror movies…

Many people traveling on the highway through Hunan province (China) were shocked to see a large yellow Burmese python clinging to the outside of the moving Toyota Yaris.

Witnesses said that despite the fact that the car was travelling at high speed, the python was still clinging and constantly crawling outside the vehicle. One witness said he saw the window of the car open and the python slithering out from inside the car, so he did not rule out the possibility that the python was the owner’s pet and had escaped outside without the owner’s knowledge. 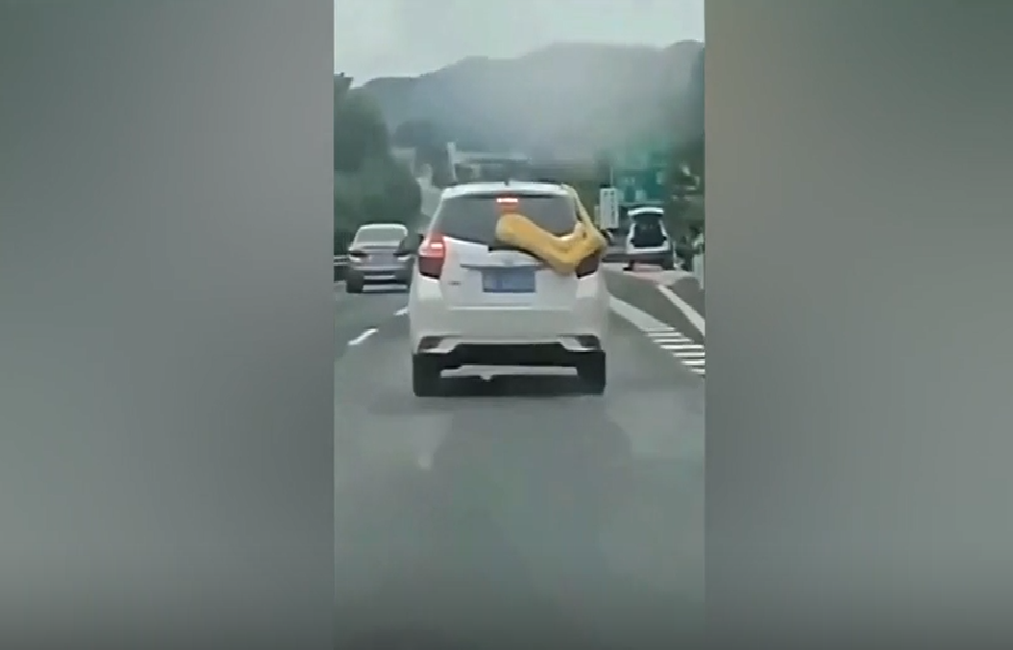 Videos posted to social media showed the large python clinging to the outside of the car, like the scene in horror movies. However, after a while, this python lost its balance and fell into the road. Fortunately, the vehicles behind were able to avoid without hitting the animal.

“At first I thought it was just a decorative motif for the car, but when I saw the animal move, I realized it was the real python. I don’t know how people can carry such a scary animal and still be able to calmly drive on the highway?” one witness said.

The incident was reported to the highway management unit and staff working on the highway rushed to the python and rescued the python, before it was hit by a vehicle.

Authorities have posted information about the python’s owner, but no one has yet come to pick it up, most likely because they fear they will be punished for dropping the animal onto the highway. If there is no recipient, it is more likely that this python will be transferred to care in the zoo.

It is a python that lives in tropical and semi-tropical regions in southern and southeast Asia. The main food of this python includes birds, mammals, amphibians, reptiles …

It is also a python that many people choose as pets because of the color and patterns on the body.