Who are those politicians that think they can deny people the enjoyment of a good whiskey? They call me criminal. I am not a criminal. I am a a friend of mankind who just supplies a demand.“ – Al Capone

New York City at the beginning of the 1930s. All dealing with and consumption of alcohol is strictly forbidden. It’s the time of prohibition in the USA. But the government counted its chicken before they hatched. They forgot the mafia. Its members obtain prohibition and experience boom years. Mobsters are organizing smuggling and dealing with alcohol all over New York. Never again it will be that easy to earn money. Build up your own empire and deal with alcohol in the cloak of legal businesses.
Found your own family and become their godfather or join one of the other powerful families. Only if you partner up, you will reach authority in New York. With strategy and merciless brutality. That’s what Bloody Hands holds for you: 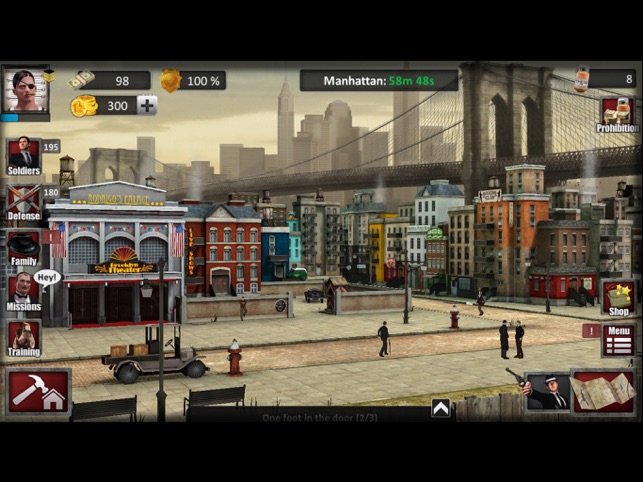 Mon May 17 , 2021
Game Bloody Alice Defense, game for IOS Type IOS game Publisher Studio Drill Install DESCRIPTION One day Alice goes to the wonderland by following a strange rabbit. This is the place of dream created by peculiar imagination of Alice. However, someone was unpleasant about the existence of Alice.. It is […]