Kim Duyen’s first job after being crowned the 2nd runner-up of Miss Supranational is to go to the room… eating Vietnamese pho. It is known that she had previously starved to stay in good shape, bursting into flames during the finale.

Immediately after the coronation, Kim Duyen shared his first: “Duyen is extremely grateful to represent Vietnam at Miss Supranational 2022. Duyen is proud that his efforts have helped two Vietnamese languages to be named in the international beauty arena and even more honored when Duyen is the 2nd runner-up overall.” “I am grateful that in every moment of the contest there is always everyone’s companionship. And that is the motivation, the strength for Duyen to try harder, fight hard.

I hope that, in the upcoming journey, I will continue to receive the love and support of everyone. Thank you very much for everything,” the runner-up expressed emotionally.

The new runner-up said her feelings were still intact. Kim Duyen expressed her tears, she was happy to break down when she felt everyone’s feelings. Although the finale started late, the home audience stayed up late supporting her.

Kim Duyen also surprised when she revealed that her first job after being crowned runner-up was to go to the Vietnamese noodle room and happily talk to her roommate. Before the exam, she fasted but full of energy as she walked on stage.

A few days before the final, Kim Duyen used to be very hungry for pho but she couldn’t enjoy it to stay in shape. I promise to enjoy this food after I finish the exam.

Before the semi-final night, in a conversation with Miss H’Hen Niê, Kim Duyen said that she had stomach pains, could only eat porridge, take medicine. H’Hen Niê advised the juniors before the exam, eating only a small amount of food, not even eating but only drinking water.

Kim Duyen’s answer made the male MC bewildered because Doraemon is not a character from Disney. He then responded, “Even if you ask about Disney, you still have the right to talk about your own favorite image. That’s fine too.”

Immediately after this incident, Kim Duyen apologized to her fans, and promised not to make any more mistakes so as not to offend the audience and those who always believed in her.

Training expert Miss Phuc Nguyen told The People’s Reporter: “Before leaving for the contest, due to being busy as a coach of Miss Universe Vietnam 2022, Kim Duyen did not have much time to prepare. Later, when she arrived in Poland, she was in reversed time zones, she struggled to adjust her circadian rhythms.

But, Kim Duyen has never lost energy, she is very professional. Kim Duyen was a little biologically out of step at first, but she quickly regained her balance and fulfilled her role well.”

Kim Duyen officially began her Miss Supranational 2022 journey in Poland on June 27, 2022. In the Supra Model competition, she achieved the Top 11 Supra Model and was the Supra Model of Asia. In the end, she became the 2nd runner-up. 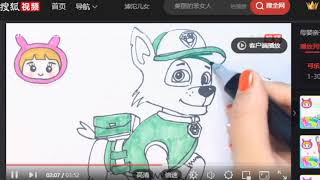