Hong Tuyet catwalk after receiving sash from incumbent Miss Grand International Nguyen Thuy Tien. She was considered a strong candidate at this year’s contest thanks to her Asian face, well-proportioned body, and confident demeanor. The beauty was born in 1994, was in the top 5 of Miss Vietnam 2018, is currently an actress. Hong Tuyet said this was the last competition to participate, so she would “burn out” so she wouldn’t regret it. Bui Bich Diep was born in 1997, from Hanoi. She was in the top 5 of Miss Tourism Vietnam. She has a cold demeanor, the face of Korean actor Min Hyorin.

Vo Thi Thuong caused regret when she stopped in the top 20 of Miss World Vietnam 2022. She is 1.67 m tall, measures 85-61-96 cm. The beauty is a student at the English Department, School of Foreign Languages & Humanities Society at DTU. She used to be the ‘Sports Beauty’ of Miss Tourism Danang 2022.

Nguyen Thi Quynh Trang was born in 2000, a native of Nghe An. She is a student at the University of Economics Ho Chi Minh City. The beauty was in the top 15 of Miss Ethnic Groups of Vietnam and won the sub-award ‘Travel Beauty’.

Chu Le Vi Anh was in the top 5 of Miss Sports 2022. She chose cut-out evening gowns, showing off her figure on the day of her debut.

Do Trinh Quynh Nhu was in the top 45 of Miss Universe Vietnam 2022.

The contestants are drawn to choose mentors for the National Cultural Costume round, which takes place on September 23. The competition lasted for one month, the final was held on October 1 in HCMC. The crowned beauty will succeed Nguyen Thuy Tien, leaving for Miss Grand International 2022 in Indonesia three days later. The jury of the contest includes Miss Ha Kieu Anh (head of the department), Miss Thuy Tien, runner-up Kieu Loan, model Minh Tu, Anh Thu, designer Do Long, actress Minh Tiep. 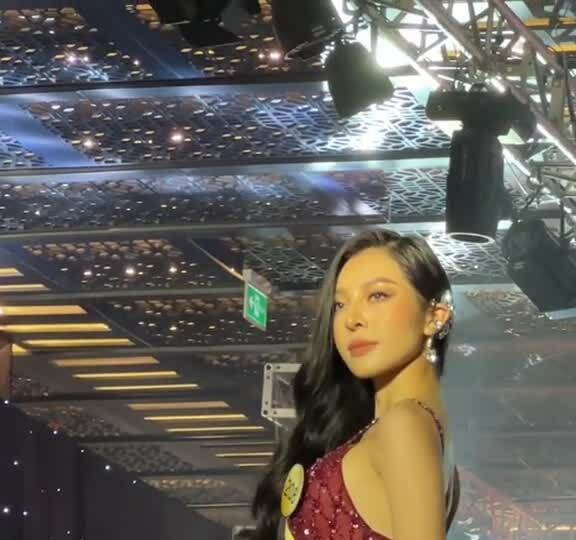 Fri Sep 9 , 2022
Developing from the basics of the fishtail dress, Song Toan fashion house created a unique design thanks to a unique cropped cut that made Ly Nha Ky’s first round hotter. To increase the attractiveness of the monochrome dress, the iridescent material is treated with folds, creating eye-catching blocks and arranged […]